Sometimes an employee’s misconduct is so serious that it is also the subject of a police investigation.  Whilst these situations raise a lot of interesting questions for solicitors, they can cause headaches for employers trying to balance any ongoing police investigations with their own internal disciplinary procedures.

It is worth remembering that, to defend an unfair dismissal claim, employers only need to show that they have a genuine and reasonable grounds for believing that an employee committed the offence in question.  Importantly, employers aren’t bound by the higher burden of proof of ‘beyond reasonable doubt’ which is needed in the criminal courts.  This means that employers can be justified in dismissing an employee for criminal misconduct even if they are later taken to court and found not guilty.

That said, an employer can’t rely upon the fact that an employee has been charged with a criminal offence to dismiss them without further investigation and consideration.  In nearly every case, the usual disciplinary procedure – investigation, hearing, decision and appeal – should be followed.  That procedure can be more difficult to follow if the employee in question is subject to criminal charges at the same time.  Employers may choose to put their own internal investigation on hold whilst a police investigation is underway, but the recent case of North West Anglia NHS Foundation Trust v Gregg(Court of Appeal 2019) found that it wasn’t essential to do so.

In that case, Dr Gregg was a doctor who was subject to police and regulatory investigation after 2 patient deaths.  The Trust suspended Dr Gregg and the regulator suspended his registration and withdrew his licence to practice.  When the Trust tried to stop Dr Gregg’s pay, he sought an injunction to prevent disciplinary action taking place until after the criminal proceedings were finished.  Dr Gregg argued that it would be a fundamental breach of contract if the internal disciplinary process went ahead at this stage. Initially the injunction was granted.  However, it was overturned by the Court of Appeal who held that whilst Dr Gregg was entitled to be paid during suspension, he was required under his contract to take part in the disciplinary process and, therefore, it should be allowed to run.

It’s useful to remember the general principle that, for a dismissal to be fair, it should fall within the ‘range of reasonable responses’.  The Employment Tribunals recognise that not all employers will respond in the same way, but as long as the outcome is one which a ‘reasonable’ employer could have reached, then it is likely to be fair.

Hopefully, criminal actions in the workplace will be relatively rare!  Employers can move swiftly, but our advice is that it’s always worth taking time with us at the outset to plan the disciplinary process. 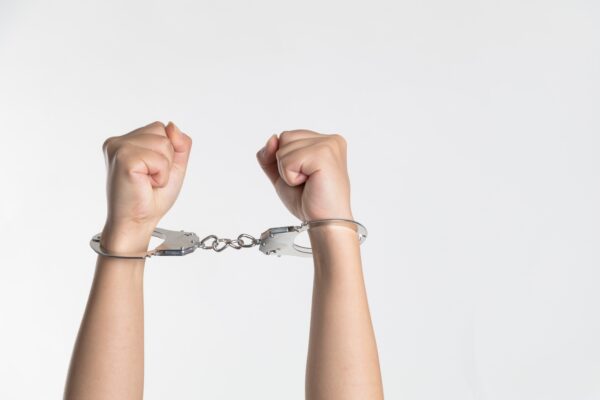