The duty could extend further than you think…

In an interesting case examining the scope of an employer’s obligation to make reasonable adjustments for disabled employees under the Equality Act 2010, the Employment Appeal Tribunal has held that it was reasonable for the employer (Lloyds Bank in this case), to be required to provide a formal undertaking to a disabled employee that she would be given a severance package if new working arrangements, put in place at the end of a grievance process, proved to be unworkable for her.  This was the case even though the original grievance was not upheld and that her role did not have to be redundant at the material time in question.

The Claimant, Mrs Hill, a long-standing employee of Lloyds Bank plc, submitted a grievance after a period of alleged bullying and harassment by colleagues which had caused her to suffer reactive depression resulting in a lengthy period of sickness absence. Mrs Hill’s grievance and grievance appeal were not upheld, but on her return to work, Lloyds provided assurances to Mrs Hill that she would not have to work with the same colleagues or report to either of them.  Mrs Hill insisted that Lloyds went further, and asked them to provide a formal undertaking (contractual promise) that in the event that her work could not be permanently rearranged so as to distance her from the protagonists, the bank would offer her a severance package equivalent to that which she would have received had she been made redundant.  Given her length of service and Lloyds’ redundancy scheme, Mrs Hill stood to receive a sizeable redundancy payment. There was no suggestion on Mrs Hill’s part that the undertaking should be time-limited, it was to be open-ended, or that her role actually needed to be at risk of redundancy at the material time.  She said the undertaking was necessary to enable her to return to work without fear.  Lloyds’ response had been to consider the request but, ultimately, and probably not surprisingly, concluded that it was not possible to give an absolute guarantee in those terms to Mrs Hill.

What does this case mean for employers?

More modest employers can draw comfort from the EAT concession in this case that an undertaking in the form such as this one will perhaps be only rarely required.

It is fair to conclude that the size and resources of Lloyds was a highly relevant factor in reaching the conclusion that it did.  We would not expect it to be reasonable for a smaller undertaking to give such an undertaking. Nonetheless, it is a stark reminder of the reach that the duty to make reasonable adjustments has and the importance for employers, of all sizes, to give proper consideration to adjustments proposed by disabled employees where the purported purpose of the adjustment is to retain them in work, even if that adjustment may also ultimately deliver some financial reward in the future.

Please get in touch at info@torquelaw.co.uk  if you want to speak to one of our team of discrimination experts for any help or guidance in respect of this case or discrimination law more generally.

Read about the full case here. 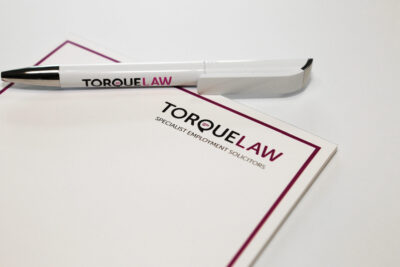 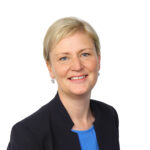